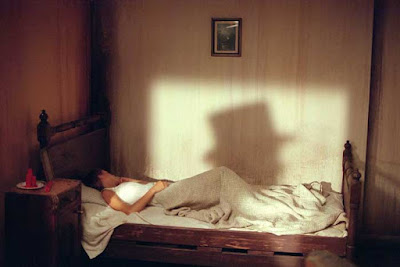 FROM HELL is a gory detective film cloaked in Victorian-era mystique. The movie shows how the serial killer Jack the Ripper stalked the dark streets of 1888 London, slaying prostitutes and crudely dissecting their bodies. Based on the graphic novel written by Alan Moore and Eddie Campbell, this moody chiller is directed by twin brothers Albert and Allen Hughes (MENACE II SOCIETY, AMERICAN PIMP). Johnny Depp stars as Inspector Frederick Abberline, who smokes heavy doses of opium and drowns himself in absinthe to evoke hallucinatory visions that are his clues to catching the Ripper. Heather Graham costars as the prettiest of the floozies, who wins the muted affections of the Inspector. 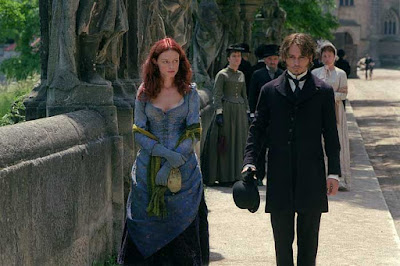 With plenty of atmosphere and spooky effects, FROM HELL borrows scenery, filming tricks, and sequence construction from a host of popular movies, resulting in a visually interesting–if inconsistent–style. Haunting nighttime shots of the London skyline (actually Prague) bleed into shadowy Tim Burton-like prowls through the damp cobblestone streets; aerial camerawork contrasts with crowded ground-level focuses; and the camera peeks around corners and into foggy windows with stealthy curiosity. What may stand out most in viewers minds after the carnage is through, is the exaggerated use of surround sound, which brings a dreadful sense of reality to the film’s gore, making FROM HELL all the juicier. 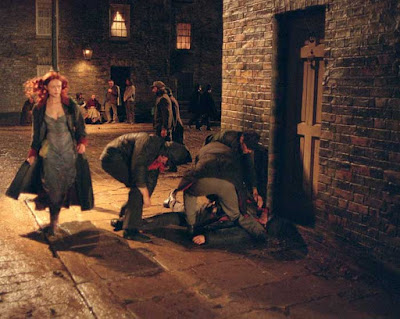