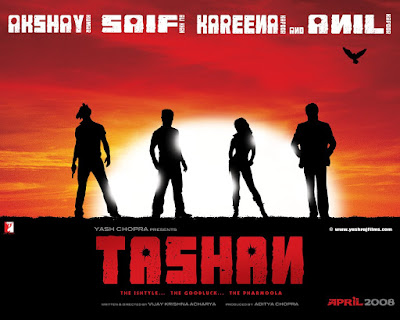 Hindi movies have undergone a sea-change in terms of content. From crude, been there seen that, done to death kind of movies, to films with substance, the audience tastes have changed over the years. Even though we’ve have grown up on the staple diet of desi food, we’ve cultivated a taste for Italian, Chinese, Thai and Mexican cuisine.

The experience with TASHAN is like, you enter a posh restaurant, waiting for a sumptuous meal to be served, but what’s served on your plate is classy vada-pau. TASHAN takes you back to the 1970s Bollywood, when illogical situations, blood and gore, for no rhyme of reason, were the main ingredients that made the junta break into taalis. However, the formula still works!!

It’s perfectly okay to revisit the classics and pay homage to the masala films of yore, the new interpretation is contemporary. 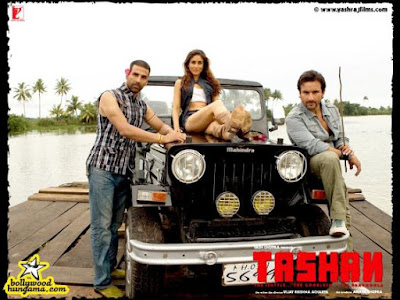 The one thing that you realize after watching TASHAN is, great amount of gloss, glam and top notch stars CAN substitute for a riveting script. Great stars, great styling, great songs and great visuals work as long as the script is average. 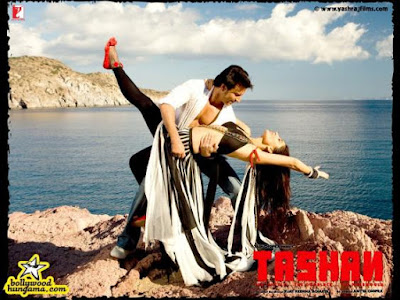 He settles for Bachchan Pande [Akshay Kumar] to carry out the job of tracing Pooja, once Jimmy surrenders himself to Bhaiyyaji. What happens next?

Actually, TASHAN starts off very well and the first hour unwinds at a feverish pace. Besides, there’re interesting twists and turns in this hour that make you jump with joy. Akshay’s entry in the movie is the turning point and the actor only takes the film to a new level.

Instead of coming to the point right away, what the writer does is makes you run in circles and circles. It’s like boarding a direct flight to London, but the pilot suddenly decides on having stopovers in Ahmedabad, Dubai, Budapest, Munich, Berlin, Amsterdam, before landing at London. You really enjoy it ! 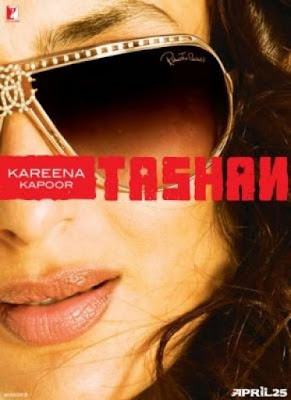 The picturisation of some songs is quite eye-filling. Cinematography is excellent. The locales are a visual treat. Dialogues are good at places.

TASHAN belongs to Akshay Kumar completely. No two opinions on that. Take Akshay out of this film and the movie is a big zero. He’s the lifeline of this project and his performance will be loved by elite and masses, both. Kareena Kapoor is fantastic. She looks gorgeous, acts very well [her role is similar to the one she essayed in FIDA] and yes, she carries off the bikini with élan.

Saif Ali Khan is relegated to the backseat. What did Saif see in this role? He’s hardly there in the second hour. Anil Kapoor entertains at the start, but after a point, the Hindi-English bhasha gets on your nerves. Also, it’s very difficult to decipher what he’s speaking most of the time.

On the whole, TASHAN is one of the classiest and glossy films to come out of the Yash Raj banner. This film has gloss aplenty.