That was a happy night till then,
As I strolled through the road,
About to walk the road to my house,
Winding up the walk with my pet.

Just ahead the lane was my father,
About to enter our gate,
When my pet decided to cross the road,
And I was stranded in the middle of the road.

I turned to see a cab coming fast,
I held my hand in advance for him to stop,
For I couldn’t move either way,
For the dog decided to stay right in the middle of the road.

While the cab driver halted so close to me,
I held up my hand fuming,
Flared up and vented for him to see,
That I held up far enough for him to stop.

What the cabbie did next,
I wouldn’t forget in this lifetime,
He abused me for being a lone girl in the street,
What with a dog in the middle of the road.

His vengeful eyes that knew no apology,
Churned my insides with fear,
As my father ran towards me,
The cabbie turned and asked him who is he to support me.

My father was outraged,
Declared that I was his daughter
he had no rights to mess with,
Even in shock, he felt compelled to break his bone.

That pervert came out of the cab,
To beat up my father,
While a crowd gathered quickly,
And stopped our agony.

My father has seen worst men in his work,
This one was no less a criminal,
Worth getting his tight slap,
But he was held back due to surgery.

Why did I panic?
I still ask myself,
Two nights have crossed,
But my day stopped right there.

It was evident on that face,
When he tried to assault us,
That he was a criminal,
Who didn’t know humanity.

On the other hand,
I am thankful for the people around,
Who came running to help,
When that scumbag came out to beat us.

I’m also thinking about people,
Who asked me what I was wearing that day,
Trying to shame me,
In the name of seeing the point.

In case, you’ve read till here, it happened before two nights at 10pm. By every guess, I am glad I was not pulled into the car and taken away by such scumbags. When I was asked what I was wearing by people I thought were good friends, I didn’t know why I made such friends. I’m not hurt by the incident, actually it was a personal wake up call. I realized I panicked because my gut said something was extremely wrong and all my thoughts went back to my daughter. I cringed at the thought of emotion at the wrong time. To my girls, who understood me and shared their own, I won’t be able to see people the same way again.

To be a warrior, to act Just, one cannot link it back to family all the time. If I want a safe environment for all the children including my little one, I just need to prepare myself better. Standing up against such acts takes a lot of courage. I was a blunt knife before two days, I’m not just in the process of sharpening it, it’s in the know-how that makes it effective.

To all the women, who are still scared like I was, don’t wait till you get a personal wake up call. The reality stings much harder.

From now, I will only bow before Justice.

To hell with the rest! 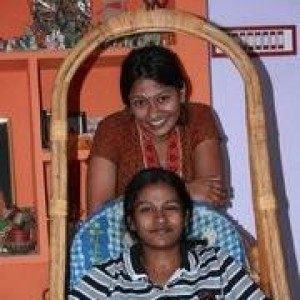 It’s scary that he was trying to hurt you and your father. He could have easily owned up the mistake and gone his way. It is unfortunate that you got to experience this. You must still be in shock. It must be hard to recall that incident and write about it but thank you for sharing it as this can happen to any of us. Stay safe. Take care.

Oh yes Raj. Somehow the shock is still there. I wanted to write about it at the earliest so that it would calm me down. I couldn’t sleep for two days straight. I was literally shivering thinking about it Raj.

It’s their huge egos that give these men all the courage to overpower a woman. It’s really sickening just reading it. Living it must have been your worst nightmare, Jaya! I am happy for you he did not harm you or your father. How and when will things change, is a question every woman must be asking herself. And, those who ask you what you were wearing…just cut them off from your life.

Oh yes Shilpa. You are right. It was just nothing at all, just a normal woman asking a guy to stop the car because she was stuck in the middle of the road. I never expected it to take such a twist. It sends chills down my spine to think back on it again. Yes, already did that.

It’s sad that you had to experience that agony. That must have been a scary incident. A shiver ran down my spine as I read it. Wonder when we will be able to live and breathe freely without any fear and prejudices of the society around us. Take care and stay safe, girl!

It still sends a chill thinking about it Shilpa. I’m not planning to join a gym, I’m planning to take up defense classes hereon and make myself feel better. Isn’t it about learning to handle fear better anyway?

Much Love Monday: 7 Games my Toddler and I Love to Play

Much Love Monday: Why I love to detangle Wind Chime Strings

You beneath your Skin by Damayanti Biswas #LetterToTheAuthor

The Thought of Writing on a Sick Day

Much Love Monday: Thank you October and to the year so far in short.

Much Love Monday: I wanted to write about..

7 Things to Consider Before Picking your Wedding Venue