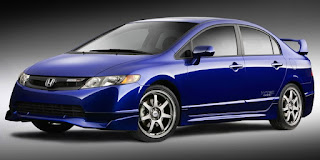 The Honda Civic has always been compared to The Toyota Corolla for quite a few years now, especially in the Indian market.

Honda has always maintained its brand presence in India much to the chagrin of Toyota.With the new Civic being launched we could be seeing the Honda dominance on Indian roads.

Coming to the Specifics :

The Civic has always been stable provided it is Manual Transmission (M/T). The new version has not corrected this fault. However it is a good car with an excellent engine.

The current Civic has become much more luxurious with air conditioning, power locks, and power windows, plus options like leather upholstery, satellite-linked navigation, and a six-speed manual transmission. Initially gaining a reputation for being fuel-efficient, reliable and environmentally friendly, later iterations have become well-known for performance and sportiness. 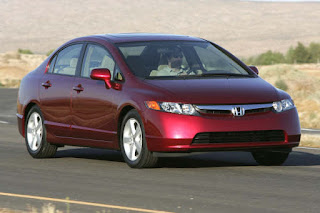 The car is priced at a whopping 11 lakhs straight. However it is value for money. It is a good package. The civic is a car that is accepted globally. As of 2008, the Civic has been the top-selling car in Canada for ten straight years. With high gas prices and a weak economy in June 2008, the Civic has become the top selling car in the United States.

In India we have three models:- 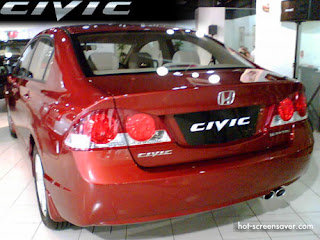 All the three Indian versions differ only in terms of looks.

Their Technical specifications remain the same.

The Civic has a 1799cc engine that can provide a power of 132 PS @ 6300 rpm. It has a minimum turning radius of 5.4 m and combined with power steering it is a beauty to drive in the city.

This car has always stayed abreast of competition. It beats every other car there is in its segment. If you have 11 lakhs to spare and if your cars are not chauffer driven, then the Honda Civic is the car for you.