Skip to content
Date: 6th Feb 2010
Place: Abirami Mega Mall,Purasaiwalkam
Theatre: Swarna Sakthi
Movie: Goa
Show Time: 11.45 AM
It was a Shankz B’day and so Bharath,Skay,Karthika,Saranya,Amru,Shahida and Myself went to the entertainer movie,Goa. The screens had the now famous TV artist Gautami with a non-synch voice singing for her new mega serial Abirami! 🙁 After some ads finally I finally heard the Sound rising in the theatre and opened my eyes to see one of the CH-28 guy dancing with his lady to a folk song.. Lemme come to the movie, 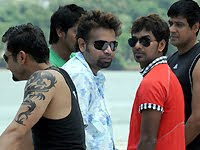 The first half and the opening for the guys along with their dad’s was good. Imitation plays a vital role in these movies and that’s indeed the interesting part especially in a Prabhu Venkat(PV) Movie as he brings it in the right places in the movie n it works out pretty well. The definitely most interesting character s Jai and his ‘estadinary’ english that brought claps every single time he spoke. Especially his version of  “Samikannu kanna sami kuthings”!!! was the best. There were some good entertaining moments in the movie. I would not call the entire movie a entertainer. The second half was a bit draggy coz i thought the movie was almost over and I was wondering about the posters of sneha and suddenly she comes in the screen trying to get her handbag from Prasanna, evalo twist pa??? But definitely the unexpected characters brought in some extra life to the audiences to give some extra claps for the new entrants:P
The few mins entrants Prasanna, Simbu and Nayan had a greater impact than Sneha, even with a song for her. Her character as a entrepreneur was different but did not make a big impact on me.
Bringing in the movies hitch and Oceans 11 just made me think of those movies and the plot for sometime! 🙂  Though the plots were a good thought, getting the jewels back was definitely vaibhav’s good work! 🙂 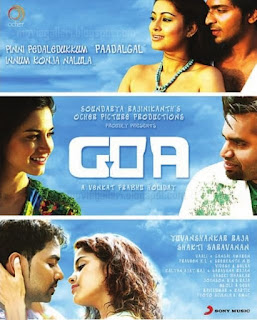 Premji definitely bagged the title ‘hero’ in this movie along with his australian girlfriend. Only Premji and Melanie looked like a real pair.
Jai and Piyaa’s on the screen romance was good. Off the screens I have no clue. 😛 Their screen presence was good and youthful.
Vaibhav looked like a macho man and ended up doing the comedian character.
The makeover for all the 3 guys was good. All the 3 looked smart. 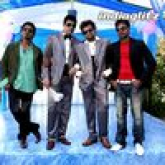 The best character in the movie was definitely performed by Sampath as Danny. OMG, he has ‘acted’ well. The others just played a real life role! Atleast more like it. But Sampath was indeed the star performer. Aravind n Sampath’s role was different as gay. Hope they dont live the character 🙂
The behind the Screen scenes are always interesting in a VP movie and those were good! 🙂
Overall review: An entertainer after a tough week! 🙂
All the songs were good! 🙂
A weekend special definitely not a extended holiday! 🙂